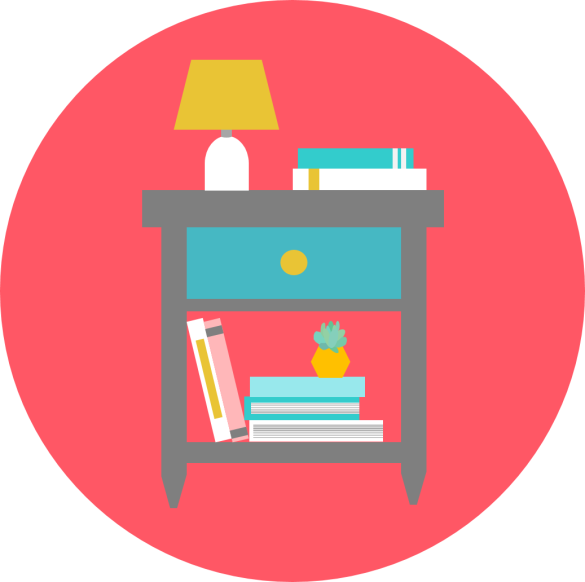 Of course, there were plenty of other great books I read this year.

Thanks to other book bloggers’ “best of” and “year-end” posts, I’ve already added several books to my TBR and wish list. I hope my list will be helpful for someone out in the blogosphere too. Happy reading in 2020! 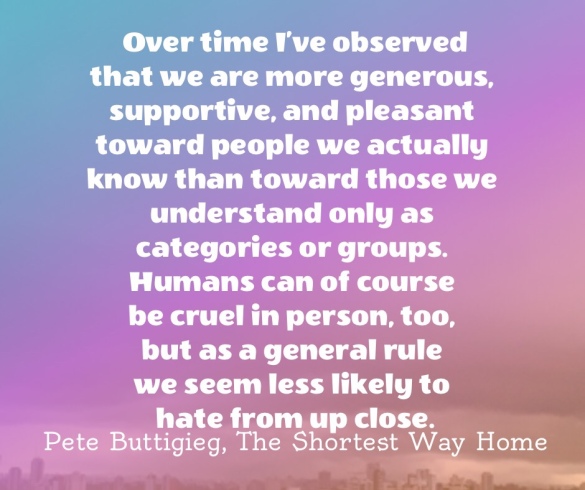 Well, I did it! I read an entire nonfiction book! I successfully completed Pete Buttigieg’s The Shortest Way Home.

The book covers everything from growing up in a college town, to volunteering for campaigns, to failing when he ran for state treasurer, to joining the Navy Reserves and spending seven months in Afghanistan (while also being mayor of South Bend, by the way), to coming out as a gay man, to getting married, to running for (and losing) DNC chair, and looking ahead to the future. Though he’s only 37 years old (just four years older than me!), he’s already experienced and accomplished so much.

Barring some salacious scandal, I’d vote for Buttigieg! What a smart, forward-thinking, kind, hard-working leader. Mayor Pete really listens to the citizens of South Bend and works to actively address issues. He is someone I’m very excited about.

But also, I have to keep thinking about this sign whenever I have to pronounce Mayor Pete’s last name correctly: 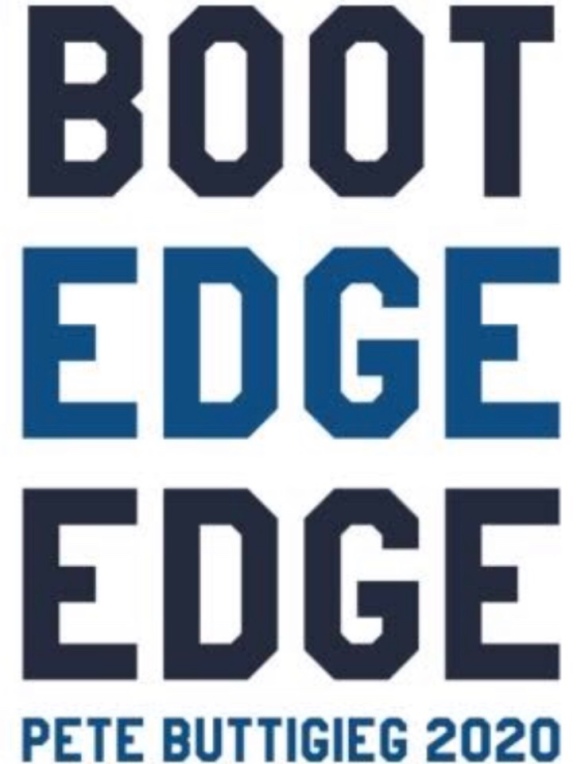 What if, instead of short, online articles with shocking titles about politicians designed purely as clickbait, or news pundits who take audio snippets out of context, or twitter wars that distract from real-life issues that need attention, we actually heard about politician’s beliefs, upbringing, accomplishments, and plans?

What an idea, huh?

We could discuss where the candidates stand on the issues and point to actual actions they have taken, rather than discussing whether they, say, decided to wear a scrunchie or whether they are “electable” or “qualified.” (Let’s be real, Donald Trump was neither of those qualities and he still managed to win the presidency.)

How could we do this? Where could we learn what the politician is actually thinking? Why, in their book, of course! I find that this is one of the best ways to really get to know a candidate. Since 2016, I’ve read a handful of these books, including The Secretary: A Journey with Hillary Clinton from Beirut to the Heart of American Power by Kim Ghattas, What Happened by Hillary Clinton, This Fight is Our Fight by Elizabeth Warren, Becoming by Michelle Obama, and Pete Buttigieg’s Shortest Way Home: One Mayor’s Challenge and a Model for America’s Future.

These books are where I get a better understanding of the candidates, who are often dragged through the media mud. It’s where I learned that Hillary has a lot of diplomacy experience and that she (who was constantly criticized for not being “real”) is a book nerd who loves being a grandma, watched Downton Abbey, and eats Pepperidge Farm Goldfish. I learned that Elizabeth could afford college even though her family almost lost their house when her father had to take time off of work to recover from a stroke. Her mother got a minimum wage job at Sears and this provided enough income to keep the family afloat. Today, this isn’t possible, so Elizabeth is deeply concerned about the price of college and other financial burdens people face. I learned that Michelle worked hard to become a high-paid lawyer before she met the philosophical Barack and realized her job wasn’t as fulfilling as she’d hoped it would be. I also learned that Mayor Pete has used research and analysis to implement new strategies and technologies to improve life in South Bend, Indiana, like a program to fix up or demolish 1,000 vacant homes in 1,000 days.

While Paul Farhi, author of the 2014 Washington Post article, “Who Wrote that Political Memoir? No, Who Actually Wrote It?” would argue that these books aren’t written by the politicians themselves, but rather by a team of ghostwriters, I’m not bothered by this fact. It’s obvious to me that these very busy people don’t have months of free time to write lengthy novels. I’m more concerned with the information presented inside and the impression I get. If I had to sum up Hillary, Elizabeth, Michelle, and Pete in one word, it would be “smart.” These four are incredibly well-educated, insightful, reflective, and service-driven. Their intentions seem to be coming from the right place, and they align with my own values.

That’s not to say that political books are “fun” or easy to read. In fact, I find myself moving at a snail’s pace through these fact-heavy, name-dropping books. I don’t know what it is about nonfiction, but the books always feel 100 or 200 pages too long! Walt Hickey from FiveThirtyEight.com found Audible.com data on how far people listened into 24 different political books. In most cases, readers only made it to around 50%. These lengthy books turn into 10 or even 20+ hours of audiobook, so it’s no wonder people can’t read them all.

My Advice on Political Nonfiction:

In Pete Buttigieg’s book, I’ve already added eight notes and 110 highlights on my kindle, and I’m only 54% of the way through! My library loan will end before I’m done reading the book, but I’m already so impressed by Mayor Pete that I intend to keep up with his campaign and talk him up whenever I am given a chance. While I’ve seen Pete on TV and online, I didn’t get the amount of clear, focused information that I received from his book.

Have you tackled any political reads? Do you plan on picking up a politician’s book any time soon?

Here’s what I read out loud to my five year old tonight: 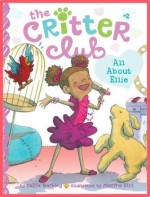 First, we read the last two chapters from a book in The Critter Club series. In All About Ellie, Ellie is so excited about being the lead in the school play that she forgets to be a good friend. It was fun to have my daughter read the chapter numbers out loud and make predictions about what would happen in the book. I especially liked hearing her insights on how her friends seemed “jealous” of her. We made lots of connections between the main character Ellie and my daughter – they both take tap, like bunnies and birds, and like being the one to make plans. 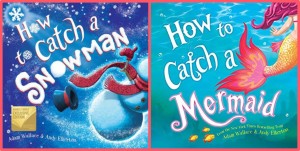 Next we read two books from the How to Catch series by Adam Wallace. We started with How to Catch a Snowman, which was a book my daughter received for Christmas last year. Usually, it would be too early to get this book out, but we’ve already had a lot of snow in Wisconsin and we’re expecting super cold temps tomorrow. Then, we read How to Catch a Mermaid, which she recently got from her birthday party. I like these books in theory – because of course it’s fun to imagine catching magical creatures and befriending them – but the execution isn’t there for me. The rhymes are ho-hum, and in the case of the Snowman story, I think the traps are tricky for young kids to understand. The series is kind of gimmicky.

And here’s what I’ll be reading:

Meanwhile, I’ll be continuing to read Pete Buttigieg’s Shortest Way Home: One Mayor’s Challenge and a Model for America’s Future. I don’t know why, but nonfiction books take me forevvvvvver to read. I’m pretty sure my lending period will expire before I’m finished with this book. And the book is really great, by the way. Mayor Pete is one smart guy, and I’m learning a lot about his past, his education, and his beliefs. I have already highlighted a ton of passages filled with interesting details. Based on this book, I’d vote for him! 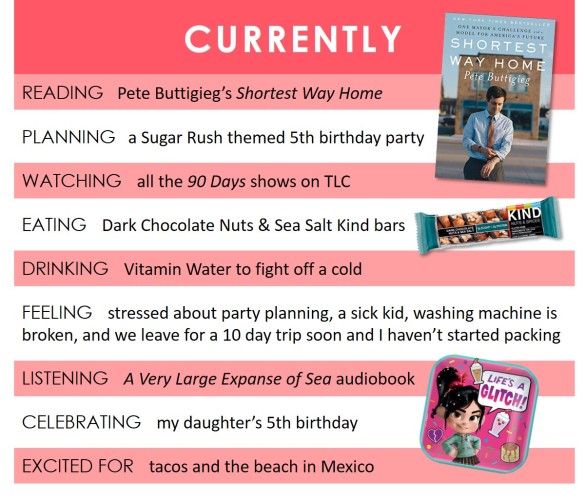