When I started this blog in October of 2013, I was hesitant to make it public. I wasn’t really sure if I had anything to say, and I was nervous about people reading and perhaps even *gasp* commenting on what I wrote. What I soon found out though, was that the blogging community is pretty friendly and supportive. While my best viewership has occurred during NaBloPoMo the last two years, here are a few posts I’ve written that I wish had made more of an impression. 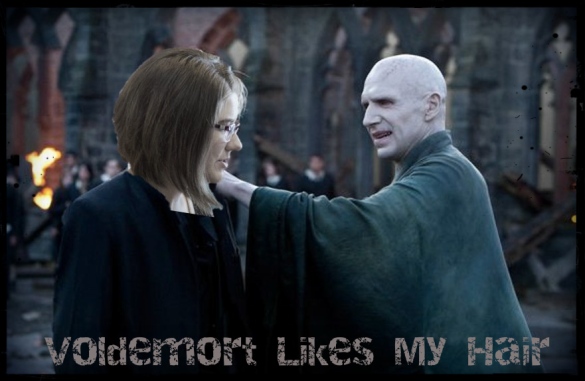 I’m in what feels like a theater, as there are rows of chairs where various people (and other magical beings) are seated, when suddenly, Voldemort enters the room. He floats up and down each row along with some sort of creature that can find missing people, searching for Harry Potter. It’s terrifying to be in the same room as him, but I can’t run away because that will draw his attention to me. And he mustn’t know that I’m Harry Potter in disguise! Yes, Harry Potter is disguised as me!

This is the dream I had the other night as I was finishing up the final book in the Harry Potter series: Harry Potter and the Deathly Hallows. Apparently I’ve been spending too much time in the wizarding world this summer as I re-read the series! It has managed to creep into my dreams. The dream didn’t end there either – instead, it got even weirder…

I try to stay calm – which is difficult when the snake-like face of Voldemort is nearby – but I’m confident that my disguise will keep me safe. How could he think a 30 year old woman would be Harry Potter? Unfortunately, Voldemort stops when he gets to me and starts running his long, thin, grey fingers through my hair. He brings a handful of my hair to his creepy, slit-shaped nostrils and inhales. He is surprisingly gentle with my hair. He says something like, “You have good hair.” While I’m relieved – and weirded out – by this turn of events, I’m still on edge because I’m still Harry Potter in disguise! What if he takes me just because he likes my hair? Then he’ll really have Harry!

Then my alarm went off and that’s where the dream ended. What did we learn from this? Either that Voldemort may have some weird hair fetish, or that you shouldn’t stay up until all hours of the night reading, even if it is Harry Potter!

I had been wanting to re-read the series for a long time, but always thought it was too much to take on. I have the hardcover versions of most of the books and they are huge and intimidating. Also, there are so many other books to read, so why would I read a seven book series again? And perhaps the scariest thought, what if they weren’t as good as they were the first time around? Pushing these worries aside, I jumped into the series (ebook version this time) and enjoyed every minute of it.

First, I’m pleased to report that the books were still just as magical and wonderful as I remembered. It amazes me every time I start thinking about how J.K. Rowling put together these books. How did she make everything fit together so well? How did she create such a believable and incredible world? How did she craft characters that we would care about for years? For real. Harry, Hermione, Ron, Hagrid, Luna, Neville, Professor McGonagall, Dumbledore, all the Weasley’s, Lupin, Sirius, Snape. I don’t think there is a cast of characters that I love more. Second, the books were not that big of an undertaking. I read all seven books (plus five other novels while I waited for the books to become available through the Overdrive app) in less than three months. The books read quickly, perhaps because they are technically children’s books, but also because they are so wonderful that you want to find out what happens next.

If you’ve never read the Harry Potter series (*gasp* how is that possible?!), or you’ve been wanting to re-read them but you just haven’t found the time, I encourage you to pick up Harry Potter and the Sorcerer’s Stone and get reading. You won’t be disappointed. 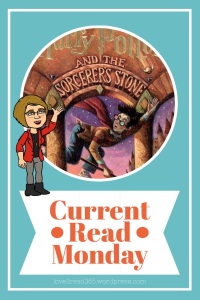 This week, I’m re-reading a book I read almost 16 years ago: Harry Potter and the Sorcerer’s Stone. It’s J.K. Rowling’s’ first book in the Harry Potter series, and a game changer in the world of literature. I’d like to re-read the entire series, but we’ll see how that goes!

In case you’ve been living under a rock for the last eighteen years, here’s what Goodreads has to say about the book:

Harry Potter thinks he is an ordinary boy. He lives with his Uncle Vernon, Aunt Petunia and cousin Dudley, who are mean to him and make him sleep in a cupboard under the stairs. (Dudley, however, has two bedrooms, one to sleep in and one for all his toys and games.) Then Harry starts receiving mysterious letters and his life is changed forever. He is whisked away by a beetle-eyed giant of a man and enrolled at Hogwarts School of Witchcraft and Wizardry. The reason: Harry Potter is a wizard! The first book in the “Harry Potter” series makes the perfect introduction to the world of Hogwarts.

The first time I read this book, I was skeptical. Why would I be interested in a book about a boy magician? Why would that interest me? It was a different reading experience because I didn’t have any movies to shape my perceptions of the characters or world, and I didn’t know how to pronounce the name “Hermione.” Needless to say, it’s very different to read this book a second time around. I not only know how the book ends, but I know how the series ends, and I can’t help but to see Daniel Radcliffe as Harry.

This time around, I’m struck by how flawlessly Rowling created her wizarding world. Everything is so well thought out, yet there is never an info dump. Everything a reader needs to know is seamlessly integrated into the text. We learn about this amazing world right along with Harry. Around 300 pages long, the book is well-crafted, but easy to read and understand. It is not as dark and sinister as the movies make it out to be, but I think the danger and intrigue increases as the series goes on and the books become longer and more complex.

However, the ending of the book is sort of silly if you start to think about it too much. CAUTION: SPOILERS AHEAD! Let’s be real here. Voldemort is a powerful dark wizard, and while he might not have much physical strength in this book, he does have power over his followers, like Professor Quirrell. If he’d wanted Harry dead, he could have done it. Apparently, Quirrell can’t kill Harry in the final scene because it’s too painful to touch him…but why didn’t he use his wand?! He should know plenty of curses – after all, he teaches Defense Against the Dark Arts! Quirrell attempts to knock Harry from his broom during a quidditch match, but that’s the ONLY attempt on his life all school year. I guess Voldemort didn’t realize what a hinderance Harry would be to his comeback. Also, why didn’t Quirrell wait to go get the stone until after the students had left the school? They would have been gone in just a few days, and then there wouldn’t have been any interference. Oh well, this is the suspension of disbelief we as readers must endure at times. For Harry and J.K Rowling, I guess I’ll let it slide!

Have you re-read the Harry Potter series? What did you notice the second time around?